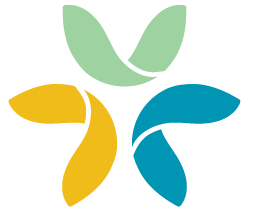 After reading and reviewing the Whidbey News-Times article entitled “Hospital to hire management firm, interim CEO” (https://www.whidbeynewstimes.com/news/hospital-to-hire-management-firm-interim-ceo/) dated 2/25/2022, I would like to provide clarity to the questions posed about my tenure in the health care industry. Of the eighteen hospitals I have been associated with during my career, the Whidbey News-Times focused on two where they stated there were controversies and financial woes. I would like to provide you with information about my tenure at these two hospitals. I have also provided information regarding Perry Community Hospital in Linden, Tennessee.

I started my health career out in 1974 at Duke University Hospital, where I held the position of Assistant Administrator. During my forty-eight years in the healthcare space as Assistant Administrator and CEO, I have successfully led approximately eighteen hospitals. Every hospital I was called to lead and serve had multiple challenges, including political, medical staff, clinical, community perceptions, culture, volume, financial, staffing, quality, or customer service.

I am battle-tested with a wealth of hospital turnaround experience. HealthTechS3 and I are well prepared to lead WhidbeyHealth back to prominence in all aspects of its operations, delivering excellent health care services to the citizens and visitors to Whidbey Island. I would be proud to serve as your interim CEO.

I resigned in 2013, signing a nondisclosure agreement between myself, the medical staff, and the governing board. Without violating the agreement, I can say that the medical staff and I disagreed on who would be responsible for certain areas of the hospital. After a series of discussions and finding no middle ground or compromise, I resigned rather than sacrificing my principles and creating further distractions for the Hospital. When I left the Hospital was in excellent financial condition and a leader in quality care with a bright future.

I was the CEO at Lauderdale Community Hospital, under the ownership of National Health Care, Kansas, their flagship hospital, from April 2016 to March of 2019.

Over the next two years, most of the hospitals owned by Empower except for Lauderdale Community Hospital experienced financial issues and government investigations from Empower’s lab business.

In late 2018 and early 2019, the Hospital fell into serious operational issues, including closing and reopening the ER due to payroll and supply issues. When payroll and accounts payable could not be met, I went without being paid so that the line employees could be paid. I was never paid for the last three months I worked there. It was not about the money. It was about saving the Hospital, saving jobs, and providing health care services for the community.

During the last 4 or 5 months at the Hospital, I worked tirelessly with government officials (including the state attorney general and CMS) to obtain a court-appointed receiver appointed to take control from Empower. Together, we took control of over $5 million in cost report money, allowing the Hospital to go into bankruptcy but to remain open.

Today Lauderdale Community Hospital is the only hospital of the original ten that remains open.

Another hospital I worked with was Perry Community Hospital in Linden, Tennessee. Although it wasn’t referenced in the newspaper article, I felt in the interest of transparency to include information about my tenure there.

I worked as the interim CEO from November 2020 through March 2021. HealthTechS3 provided an interim CEO and limited consulting services.

Perry Community Hospital was a privately owned hospital that was financially challenged with one week of payroll in the bank and minimal accounts receivable. The Hospital was closed on November 27, 2020. I remained on site exploring options to generate cash to reopen the hospital for three more months, including:

The hospital had accrued a vast accounts payable balance of over $2 million, including employee back pay, and several liens were filed. The hospital needed approximately $5 million to reopen. Since we could not find financing or show a reasonable ability to pay back a loan, HealthTechS3 terminated the engagement. The hospital remains closed.